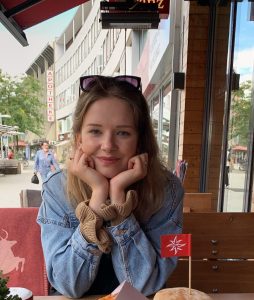 First came Mozart, then Klimt, and lastly Freud. Now it’s time for YOU to make a change in the gorgeous capital of Austria!

“Come for a kiss”, follow in the footsteps of the greatest musical genius, visit Berggasse 19 and… stay at THE FIZZ!

Ach, Vienna… A place where music is literally in the air. Welcome to the story of the city where more famous composers have lived than in any other place in the world. Take yourself on a musical journey in Vienna’s House of Music, a singular museum of sound. Observe the great composers, look over their shoulders as they work, or even become a conductor yourself. Experience a lively musical variety from classical music to jazz, from world music to pop concerts in the Wiener Konzerthaus. Travel through time and enjoy a concert in the original Mozart style in the Golden Hall Vienna. Get a standing room ticket for only 10 Euros at the Vienna Opera House for a first-class ballet performance. The city’s concert halls and stages offer a whole range of musical experiences the whole year through. Centuries after master composers such as Mozart and Strauss played in the city, Vienna still lives up to its reputation as the capital of music.

When “the most wonderful time of the year” comes, then you step into the joy of Christmas with the streets of Vienna as your backdrop. The whole city lights up and turns into a village filled with Christmas markets. There are plenty of them being opened in the city each year, but the biggest one is on the square in front of the town hall. The Christkindlmarkt on the Rathausplatz is the centerpiece of the Vienna Christmas Dream experience with around 150 stalls. In the first three months of the following year, the City Hall Square turns into a huge ice rink. The Vienna Ice World offers exceptional fun on ice from 10 am to 10 pm every day from January until March.

Vienna is one of the most popular study destinations in Europe. Why is that, you might ask? Well, it’s because of the high quality of its universities and institutions of higher education, its relatively low tuition fees or the possibility of learning one of the world’s most important languages, German. The capital of Austria is actually the largest university city in the German-speaking world! What awaits you in Vienna is the high diversity in the university setting and plentiful opportunities for cultural experiences. Many local museums and cultural sites offer free entry or discounted rates for students. Importantly, getting around Vienna could not be easier due to easily accessible public transport. A must for students is the semester ticket as it allows the use of all bus, subway, and tram lines within the city. For a more reasonably priced way to get around, just skip the Uber.

Not one, but two THE FIZZ houses!

You are not aware yet how lucky you are to be studying in Vienna. You have not one but two THE FIZZ houses to choose from. Booking a room at THE FIZZ Vienna Brigittenau means living at the largest and most international residential facility of all 14 that we have. Imagine being a part of a community that includes over 60 nations residing under one roof in 632 fully furnished apartments. Except for a large number of community areas, what makes this THE FIZZ stand out the most, is an in-house fitness studio! And get this: the membership is included in the monthly rent! That way you are not only saving money but also time for the commute. Other than that, you will only need 15 minutes on foot to get to the Danube river, the nearest park is about 10 minutes away from you and the proximity of several university faculties is also an advantage. As an example, the distance between THE FIZZ Vienna Brigittenau and the University of Vienna is about 4 kilometers! However, if you are a freshman at the TU Wien then you should check out our second THE FIZZ house, right next to the main train station. It is located at the heart of the city center and therefore only 5 stops with the S-Bahn from the main university campus. At THE FIZZ Vienna Main Station, there are 195 rooms to fill, several community areas, and a rooftop terrace on the 5th floor with a teppanyaki grill. It is a perfect place to live for those of you who are more of sporty types as well as the intellectual ones enjoying their free time with a good book. Right under your nose, you will find the Schweizer Garten and also the Belvederegarten. Go out for a run in the morning, do yoga among nature, or discover a beautiful art collection at the Schloss Belvedere. No matter what type of person you are and where you are from, the international community at THE FIZZ will welcome you with open arms. Choose all-inclusive living and book a room at https://www.the-fizz.com/en/

Funnily enough, this phrase was invented by a German candy company to promote candy bars in the early 80s. Nowadays we continue to use this saying when we do something risky what makes although fun. It’s safe to say that rides such as Turbo Boost, Space Shot, or Vienna Free Fall Tower provide the right adrenaline kick. Those attractions and many more are to be found at a modern amusement park called Prater. There is hardly any other place in the world to challenge your senses in this intoxicating way.

Viennese cuisine is best known for its irresistibly delicious pastries. It is very difficult to resist them for two reasons. One, for their amazing taste, and two, because they are listed in every menu in town. But you cannot try them at the first restaurant you will pass by but in a typical cafeteria. The Viennese coffee house is an important part of the cuisine and culture of Vienna described as a place “where time and space are consumed, but only the coffee is found on the bill”. You know what I mean if you have been to one already. If not, I am not going to spoil this “experience” for you. All I am going to do at last is recommend you a few delicacies that are absolutely delicious accompanied with Viennese coffee.

First comes the classic, Apple Strudel. It features a thin and crisp pastry with a filling of apples, raisins and cinnamon rolled inside, served with vanilla sauce. Another iconic pastry is the Sacher Cake, invented for the Austrian prince by Franz Sacher in the 1830s. The famous dessert consists of a dense chocolate cake with a thin layer of apricot jam in the middle and coated in dark chocolate icing. And finally, you simply cannot forget about a dish that is widely known as a desert out of heaven. Chopped-up fluffy pancakes, known as the Kaiserschmarrn, are served with icing sugar and applesauce. One of many legends about their origin says that Emperor Franz Joseph I was very fond of pancakes which the Viennese call “Palatschinken”. If the cook made them too thick, they were served to the stuff like the “Emperor’s Mess”. So, what do you think? Will your sweet tooth be satisfied?

What do you think of VIENNA overall? For me, it seems like an affordable and desirable option for anyone who is looking for the opportunity to study abroad. Especially because it welcomes you with not one, but two THE FIZZ houses.