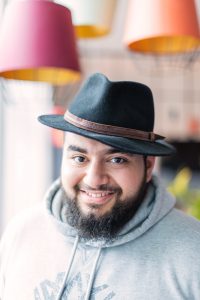 Waste separation in Germany is immensely complex. What? Why? and How? A couple of questions will be shortly answered.

The reason behind waste separation

The most complicated thing for a foreigner coming to Germanyis to distinguish between the articles “der”, “die”, and “das”. As a person affected, I can tell you a thing or two about it. The second most complicated matter is actually quite profane: it’s about taking out the garbage. It seems simple at first, but the Germans make a BIG deal out of it.

I’m going to be honest here: When I first moved to Germany, I did not take this matter seriously. I was lazy and always told myself: “One person will not harm the earth if he didn’t separate. This is too much for nothing. Besides, I don’t have enough space in my apartment to separate.” Well, damn me I was wrong.

Start with the basics: What is waste and what does it do?

Waste in the Cambridge Dictionary:

Most of our waste is a man-made material that needs to bedealt with (recycled) or it will decompose and poison the earth. Imagine this: It takes up to 1.000 years to decompose plastic waste!

Realizing that what we produce as consumers every single day truly is terrifying.

According to a National Geographic article, since 1950 we’ve produced more than 9.2 BILLION tons of plastic, of which 6.3 billion tons never make it into the recycling loop. In North America, the daily production of waste is 2 kg per capita. Each year we dump approximately 8 million tons into the ocean, endangering the marine life. This is a global problem and it depends on every single one of us. We are the cause and we need to be the solution.

Since it’s the only place we can live in for now (fingers crossed for the Mars mission with SpaceX!), we as consumers need to contribute in the recycling process. It starts in our very household, that is: in your THE FIZZ apartment.

How to seperate waste?

In my opinion, the very simple concept of the bottle return system – “Pfand” – in Germany should be implemented as law wider than just in Europe! The waste separation culture should be taught to us in schools, just like Math. I mean…  plenty of us won’t ever use “sinus & cosinus ” trigonometry! So why not teach us how to get rid of our trash?! I can imagine myself writing an exam about which garbage goes into which trash can.

Speaking of: In Germany, there are different trash bins to choose from:

In addition, there are some containers for special objects:

However, if you would like a more detailed explanation, I would recommend this article:

How to sort you trash in Germany

If you would like to contribute to the cause more than just separating your trash, there are plenty of movements and organization you can support, here are a couple of them:

Knowing the full picture helped me a lot in appreciating the German concept of separating waste. It drove me to follow this concept and be more conscious of my daily waste creating habits.

WE MADE PLASTIC. WE DEPEND ON IT. NOW WE’RE DROWNING IN IT.

Plastic waste – everything you need to know

The heartbeat song of Berlin

There are stories of the past, present, and future of the capital of Germany. From a divided city to global capital.