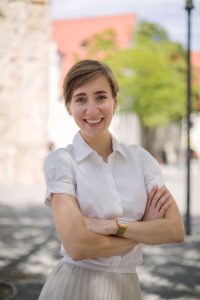 Berlin is not easy to handle. In this article, you’ll find recommendations for locomotion, shopping options and the interpersonal mentality in Berlin.

A city made of many cities

Even as a German, moving to Berlin means a culture shock. With 3,6 billion citizens, it is by far the biggest city in Germany (followed by Hamburg with 1,8 billion and Munich with 1,4 billion citizens). It has 12 districts, each one of them so unique that if you travel from one district to the other, you may believe arriving in a completely different city. In fact, some Berliners never leave their district at all. Berlin citizens tend to develop an arrogance towards other cities, however they’re not united in themselves but identify as part of the district (“Kiez”) they’re living in, for example Wedding, Pankow, or Schöneberg. Living in the “wrong” Kiez could very easily lead to a subversive hostility! Luckily, THE FIZZ Berlin is located in the heart of Kreuzberg – probably one of the coolest, craziest areas there can be!

Moving around in Berlin

There are two ways to get around in Berlin the best: by bike and by public transportation.

Don’t let the view on Google Maps fool you into walking from A to B: What looks like a manageable distance can turn out into a one-hour-march very quickly. Take it as granted: distances in Berlin are huge. However, with the right wheels, almost everything’s reachable in about half an hour (and thus, as a Berliner would say, “just around the corner”). Lately, the wide range of (electric) bikes, motorcycles and carsharing companies has been complemented by a whole bunch of e-scooter services, of which you can choose. You’ll find means of transportation literally everywhere. Alternatively, you can purchase your own bike. Pro tip: Don’t buy an expensive bike. Rather go to one of the regular bicycle flea markets, choose a good, certified bike there and invest in a proper lock and a helmet. Or turn to our exclusive partner Swapfiets and rent a bike at student conditions for less than a fitness studio’s fee!

I repeat: Buy a helmet. Because on the streets, there’s WAR. So be careful!

If you want to avoid the madness on the streets, you can change to public transport. There are 10 U-Bahn lines, 22 tram lines, 120 bus lines (additionally metro bus, express bus and nightliners) and 16 S-Bahn lines. Feeling a bit overwhelmed? Don’t worry – even locals need to look their ways up. There’s a decent BVG App from Berliner Verkehrsbetriebe for this (not to confuse with the – also pretty useful – ticket-buying App!), but Google Maps works just as well.

Shop around the clock in the Spätis

Just like in other cities in Germany, shops in Berlin normally close at 8 pm. However, there exist smaller convenience stores, called “Spätis” (short for Spätverkaufsstelle = ‘late selling point’). They’re open the whole night. You will find them everywhere (in fact, there’s one opposite of THE FIZZ!). Most of them stock (non)alcoholic drinks and cigarettes, but in some you’ll also find staples or sanitary products. But behold! Unlimited availability does have its price. Whereas booze is still relatively cheap, you might pay up to 3 € for a litre of milk. Better do the shopping during normal opening hours!

Speaking booze: Spätis are also a popular gathering point. During summer, people are sitting in front of the shops on benches or on the ground, drinking beer and chatting until late at night. Good to know: You need keep quiet after 10 pm by law; this refers especially to residential areas (the inner courtyard at THE FIZZ, for example – hint, hint!!).

‍For a successful life in Berlin a big budget comes in handy. While food and beverages might be a cheaper than in other major cities, the possibilities of going out are endless. Having a steady job can do wonders on your monthly budget! With a handy side or parttime job you can make a lot of money while also meeting new people and gaining work experiences. All big advantages when you move to a new city! It’s key to select the right jobboard before starting your applications. Some good options are YoungCapital, Jobbird or StudentJob. These jobboards all offer a wide variety in jobs. Whether you want a quick sidejob where you only have to work a few times a month up to a full time, they should show you good options for them all! A big plus here is that you can set a profil where you select your type of study, what type of work you want to do and what outside requirements you already have (like languages e.x.). They can also help you with your application process since you sometimes have to make chages depending on the country in which you want to apply.

Re- and upcycling at its best

So you’ve moved into your apartment at THE FIZZ and everything looks good so far. But maybe your apartment could use a little bit more …flair. For most students, the first way leads them to the big furniture store with the four yellow letters. However, you should check out Berlin’s many flea markets first! The most popular one may be the one at Mauerpark (every Sunday 9 am – 6 pm), but especially during summer, it is awfully crowded. The nearest one from THE FIZZ is the “Kreuzboerg Flowmarkt” in the Prinzessinnengärten, 20 min by foot or 7 min by bike. Check it out on occasion and equip your apartments with unique, second-hand art and utensils!

Anything goes in Berlin

Berlin may be the only city where you can visit Hot Yoga classes, attend a shamanic drum building course, learn the panpipes, stroll through second-hand shops and have a vegan, low-carb, keto, raw-food, intermediate-fasting diet… totally unironically. You can dress as you like, speak like you want, you won’t be judged.

Some say, it is very easy to get in touch with people in Berlin. Others say quite the opposite: The “city of singles” seems to be superficial, almost shallow. The truth lies somewhere in between. You’ll definitely meet many people here and make some experiences. The mentality is without obligation: everything can, nothing has to. The best way to develop long-lasting relationships starts directly on your doormat: Get in touch with your fellow tenants at THE FIZZ by attending the regular’s table, using the Closed Community on Facebook or the various private WhatsApp groups. You’ll find partners in crime for anything for sure!

There’s so much more to tell you about this huge, crazy, beautiful city – I could go on for ages! We’ll definitely come back with some sightseeing and insider tips.

To-Do's in the tri-border area of Aachen

Find out great activities like sightseeing, day trips or hiking in natur while living in Aachen.

Starting your career in Hamburg?

Get to Know the House Managers in Munich

We met Kathleen and Stefanie from THE FIZZ Munich. Get to know them better and understand what they do to make your time at THE FIZZ an unforgettable one!